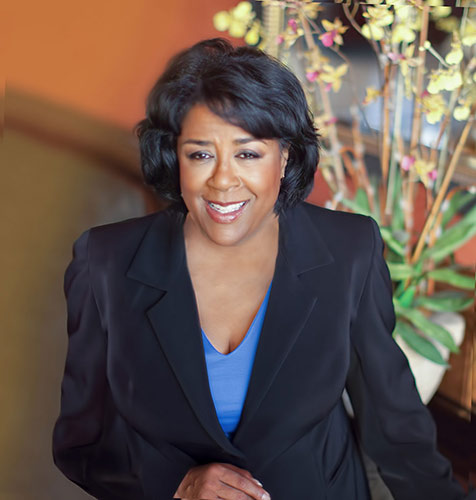 “We are excited for the future of Shelter Partnership with the confirmation of Ms.  Perry as our Executive Director. I've worked closely with her during the past several  months and have found her to be smart, creative and compassionate,” stated Shelter  Partnership, Inc. Board of Directors Chair Lance Simon. “Along with our Staff,  who has not just met, but exceeded expectations during these challenging times, we  are in a position to be an innovator of solutions to homelessness,” said Simon.

Jan Perry has served Los Angeles for over 30 years, fueled with a passion for  affordable housing, continuum of care for unhoused people, urban wetlands  development, and parks restoration. Perry served as a Los Angeles City  Councilperson in District 9, which includes Downtown, Little Tokyo, Skid Row  and South L.A. She oversaw projects that dramatically re-shaped the Downtown  area. Perry also shepherded the development of nearly 6,000 units of affordable and
419 North Larchmont Blvd. Suite 63 Los Angeles CA 90004 supportive housing in her district. A key aspect of her work as an elected official  included extensive analysis of proposed budgets and financial statements. Perry’s  leadership over the course of her public sector career has brought in $15 billion in  private investment, $25 million in new tax revenue for the City of Los Angeles, and  90,000 full-time jobs.

Shelter Partnership, Inc. is a nonprofit organization that has distributed over a  quarter of a billion dollars of non-perishable goods to homeless agencies. The  organization has been at the forefront of Los Angeles’ response to the homeless  crisis since 1985. Shelter Partnership, Inc. also serves as a leading consultant on  homeless programs and policy, supporting entities like the Los Angeles  Homeless Services Authority (LAHSA), as well as state and local government.  Shelter Partnership also serves as a resource to public agencies, the business  community, local and national media, and community members involved in the  issues of homelessness and the creation of permanent supportive housing for  individuals and families who are homeless.
Shelter Partnership Inc.'s most visible endeavor, the S. Mark Taper Foundation  Shelter Resource Bank warehouse project, was launched in 1989. Since then,  the project has grown to one of the largest homeless resource facilities in the  nation. During the organization's most recent fiscal year, the S. Mark Taper  Foundation Shelter Resource Bank warehouse distributed $24 million worth of  nonperishable goods to 290 community agencies directly serving L.A. County  residents living in poverty.

“For every five cents donated we are able to secure and distribute one dollar’s  worth of donated goods, and I’d like to continue this successful tradition,” stated  Perry. “As someone who represented Skid Row for 12 years, my primary focus  was supporting the organizations that housed the homeless with great urgency.  My goal for Shelter Partnership is to increase support to the providers who are  saving lives every day.”